Design a site like this with WordPress.com
Get started
Skip to content
Date: 18 Nov 2021Author: deforestedmusic 3 Comments

A universal disaster that really wasn’t.

Let’s see what we have here!

When we talk about music what do we really mean? Do we mean the song, as it was written by the various songwriters, producers, and executives? Do we mean the performance, how well-executed and precisely performed it is? Maybe, it is all about the melodies, the rhythms, and the styles that build that signature sound for the artist? Music is all of these. Music is a construction of notes, syllables, instruments, techniques, and emotions of everyone who put effort and made it. Music is life as we experience and build it. Music is a phenomenon where people come together and become better. Music is anything you love.

In recent memory, only a few records have catapulted to become instant landmark classics in the realm of Korean music. Songs like Good Day, Sherlock, I NEED U, Rising Sun, Cherry Blossom Ending, Gangnam Style, and The Chaser have all shaped the last decade of music to be one of the most defining, intelligible and creative pieces we have ever seen. All of these seven songs have many things in common but are vastly different from one another. It is how everyone in the realm of music has loved it, liked it or even is obessesed about it.

2021 for the most part has been quite rough, inexplicable, and vague in its music. For the big acts, it is how decent, short and edgy their songs can be without sacrificing the technical plasticity of the genre. For small acts, it is how well they blend, adapt, and ubiquitously camouflage in the stylistic trend their seniors have put out. For new artists, it gets even sad, they try to reinvent both worlds but fail in executing them well enough to be even praised by none at all. This is all due to the subjective nature of humans. How we are affected by society to see the most popular, and the most lowbrow songs that are easy to digest and are “catchy”.

For this reason, it is shocking how brutal commercialization, commodification, and masochistic the industry and the fans have been to many artists. We are the ones to blame for. This boisterous exploitation and cannibalization have led to a bleeding effect on the music we listen to. Every time we turn on our streaming services we see a linear degradation in playback time, musical diversity, and lyrical coherence. It is as if we are punishing ourselves for listening to what we love. This bleed has caused massive effects on everyone, and in each other day, a group or an artist you love might be disbanded for being so bad at selling music.

How Experimentation Leads to Revolution

Once in a blue moon, I get to hear a song that has really defied my expectations and bewildered me. A record that perfects lyrical achievement, revolutionary creativity, fluid cohesiveness, and a rhythmic galore. Only a few songs have managed to even get a 10/10 rating in this blog, none of which I have even talked about. The Beatles’ A Day In The Life, Queen’s Bohemian Rhapsody, and Manna Dey’s Laaga Chunari Mein Daag produced by Roshan are the three songs that have hit every single benchmark I have set in the world. No one in the 21st century has even touched the roof of that and I think no one soon will be.

However, there are a few songs that are candidates for hitting the 10/10 mark: Rising Sun, and My War. It is not easy to be even considered for in this highest possible honor I could give to any artform I have seen. But it is so easy to justify why they are possible candidates for this mark. These songs have the qualities of a revolutionary, thought-provoking, and critically audacious record. One which a debutante has not yet achieved, not until this very moment.

You see, experimentation like the explosive funk-bhangra breakdown as described by 108Ent from his review of TVXQ’s Rising Sun, should not have worked, but it is performed with such conviction, and the high-note works so well as a transition too, that this section has become one of the song’s most essential.

My War’s vocal plasticity, that experimental crossover pop, rock, and the classical backbone of the song is magnanimously magnificent. Shinsei Kamattechan delivers a once-in-a-lifetime performance using music’s biggest breakthroughs in composition, arrangement, and technology. It is a whole new level of creating music. Experimentation drives revolutions. Revolutions that result in innovation at a whole new level.

The Debut That Did It All

I might be bonkers, delusional, or even pathetic to say this. But it is the truth. It is with the objective point of my standards that I should tell people what fits into my palette. How it is that big of a deal, to begin with. A debutante, breaking in the glass wall and swinging the pendulum in hallucinating effect that I am just enamored to be warped into. Billlie’s debut is the best debut I have ever seen. It is just the pedantic, hypercritical, and purist record I have ever heard from a new artist. It is unremarkable how off-kilter, sharp, and finicky this song is. RING X RING did it.

Finally, someone nailed the perfect combination of camp production and making an actual chorus. This has been my problem for years now with SM. Mystic Story has finally gotten the perfect recipe of this experimental sound. The song is compiled with bustling drums, electric guitars, sirens and an array of arpeggios that constantly haunt your auditory experience with unique time signatures, major and minor chord switches and even subtle key switches. Paired that with an amazing topline writing, melodic undertones and a sparkling chorus with a trance ambiance, that is your perfect debut.

Now, of course, I am not an idiot to shill on this record. This has major flaws too, as with all records. Let us first start with dissecting how camp it is. The entropy of the instrumentation and vocal link is just jarring. It is unnerving and very much unpleasant. It is like they are two different entities just unrelated at all. It barely even enacts. The jittery doodlydoos and the appalling sirens make it sound even more incoherent than ever. I mean on first repeats, I was absolutely berserk at how unfit it was. It was like putting a star-shaped puzzle piece on a crescent. It was just not it.

Noteworthy though is that it is a polar opposite of its melody that presents a dreamlike phantom hyper melody that literally creeps your soul and even makes you wanna sing to it. It is so damn impressive how beautiful and so authentic the melodies and the arrangements were in this song. It was just like witnessing a mired house on the outside but its interior looks grandiose.

The cathartic ambiance of the track even adds more flair and drama to it. It feels like I’m being punished and I am being thrown away in different places while my soul is being crushed by the threading electric guitars and the abominable sirens. All of which is incredibly related to the actual lyrics. This is really peak songwriting.

The vocals and rapping of Billie come off as decent and genuinely good. Billlie’s debut might not have that vocal gymnastics that other experimental songs offer but the amount of vocal legwork in the chorus and the post chorus already gives us a great view of their vocal capabilities. The song has a direct lazer-precise musical direction that never tumbles and is always stable throughout the song. The song’s style is unprecedented and revolutionary.

Despite its flaws in vocal mixing, I think it bows well at the engineering side of things and the mastering is decent. The song’s cohesiveness is impeccably stark especially when you’ve immersed yourself so deep to the song. The production is massive, maximalist and powerful. It just picks up the weight of the record in a very justified way and it doesn’t feel lethargic or lousy.

At last! Billlie’s RING X RING has provided a great debut that I am even compelled to say it is the best 4th generation debut ever. It’s sheer supernatural strength perfects lyrical achievement, revolutionary creativity, fluid cohesiveness, and rhythmic galore. It is by far the most authentic, and entertaining piece of the year for me. Sure, RING X RING may not be for everyone, but this is a major step in the right direction for music in the future. Billlie, I’m gonna keep an eye on you!

How about you? What do you think? Let me know your thoughts below! 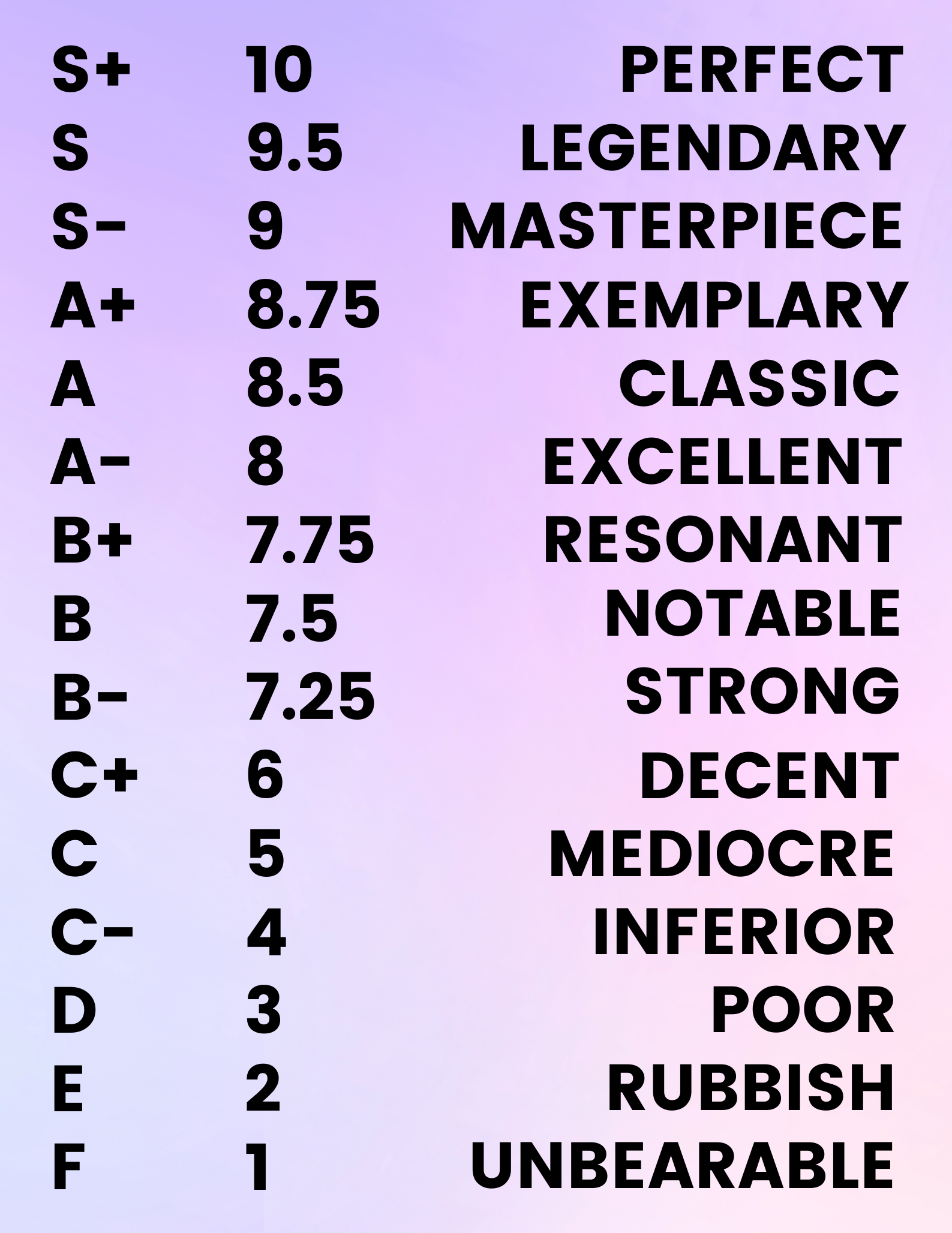